On September 20, 2022, The Spence Law Firm family lost an important and beloved member with the sudden passing of J. Douglas “Doug” McCalla. Doug will be greatly missed by everyone — his history with The Spence Law Firm bridged the decades from the Firm’s earliest days until the present time.

Doug grew up in Gillette, Wyoming, a third-generation Wyoming native. He was a proud veteran of the U.S. Coast Guard. He attended the University of Wyoming College of Law, graduating in 1976 with former Spence partners Gary Shockey and his life-long friend Skip Jacobson. Doug practiced law in Laramie and Albany counties after law school and served two years as Uinta County Deputy Prosecuting Attorney before joining The Spence Law Firm in 1982. At the Spence Law Firm, Doug worked as a Partner, Managing Partner, and Of-Counsel attorney for 40 years.

Doug was a fantastic lawyer. He represented the injured and the wrongfully accused throughout his time with The Spence Law Firm. He achieved record verdicts in several jurisdictions. As a trial lawyer he connected with people through his amazing storytelling, kindness, keen sense of humor and friendly demeanor. Those same traits made him a favorite of all who came to know him, both inside and outside the courtroom.

Doug developed a unique area of interest in his law practice — representing individuals who were wrongfully convicted of crimes and unjustly imprisoned. He fought for these clients at every level of the legal system from the trial courts to the Supreme Court of the United States. Roberto Miranda, Dennis Williams, and Terry Harrington were all clients Doug proudly represented who had spent collectively over 70 years behind bars for crimes they did not commit. 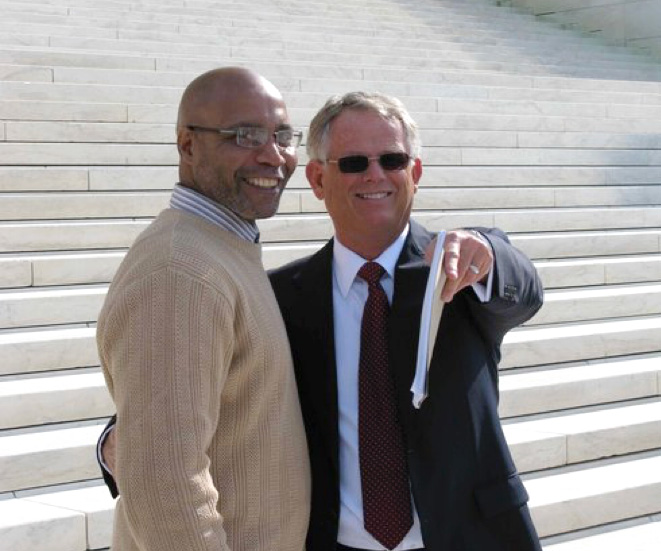 Doug had many passions throughout his life, and he was known for throwing himself into his hobbies with gusto and infectious enthusiasm. He loved traveling, photography, gun collecting, sailing, motorcycles, art, wine, boating, horses, and his friends.

Doug met his wife Larissa at The Spence Law Firm. Larissa specialized in appellate practice and was also an integral part of the Spence Firm for many years. She was the love of Doug’s life. Over the last several years, Doug and Larissa continued to practice law, farm, and fight for their clients at their Flying M Farm in Wyarno, Wyoming. 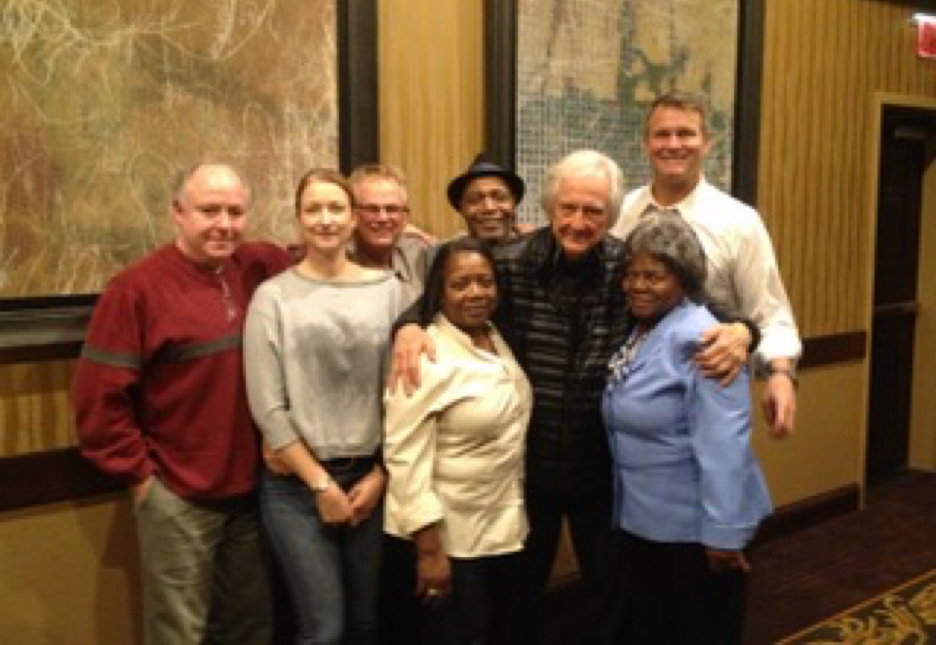 Larissa and Doug McCalla with the Harrington trial team

Our condolences and best wishes go out to all who loved Doug. He will be sorely missed by Larissa, his children Chris, Justin, and Matt, and by everyone at the Spence Law Firm, where he was a loyal friend and mentor throughout his history with the Firm.